Hi there! I emigrated to Sweden (Älmhult, the place where Ikea once started) last month, and now it’s time for my first blogpost from Sweden. I’ll tell you about taking my tricycle into a Swedish train for the first time.

Apparently, something went wrong with laying down the internet-cables in our apartment. As a result, we didn’t have wifi in the first few weeks. When I tell friends about this, they usually tell me something like “that must be really nice! Not being disturbed by email, whatsapp or facebook…” Yeah, I guess that’s true, until you need the internet. Because I need an internet connection for my work as editor, I’ve been working from the local Ikea for some time.

No train no gain

Last week I planned my first visit to the university in Växjö where I’ll be working the next couple of years. When I bought my train ticket, I asked the lady behind the counter in the ticket-office whether I needed to buy an additional ticket to bring my tricycle with me on the train. She told me that she didn’t know, so she made a phonecall to the customer service of the railway company. At the customer service they said that no extra ticket is needed if the tricycle is used as a wheelchair. No special permit is required (or even exists!) for that. Just use the wheelchair-entrance to the train (which is lower than the other train entrances), they said, and everything should be fine.

On my way to Växjö everything went smoothly. The ticket inspector didn’t even ask whether I had a bicycle ticket or not. Instead he helped me to get my tricycle in the train – I guess he made the tricycle/disability link himself. The situation was a bit different on the way home. I arrived at the train station in Växjö a bit late, so there wasn’t much time left before the train was scheduled to depart. Usually I get help (from fellow travellers) with getting my tricycle in the train, but when I’m late, and everyone else has already entered the train, I lift the tricycle into the train with my one good arm – it’s difficult, but doable.

There was nobody around to help me get my tricycle in the train, so I had to do the powerlift myself. As I wiped away the sweat from my forehead, I heard a voice behind me: “Do you have a ticket for that?” I looked behind me, and saw a ticket inspector with an impatient look in her eyes. I was standing behind my tricycle and started explaining:

“Well, I am disabled, and the people from the customer service…”

“You don’t LOOK disabled,” She interrupted. “you need to buy a bicycle ticket.”

“I discussed that with the customer service”, I said, “and they told me that a bicycle ticket isn’t necessary because I use my tricycle as a wheelchair.” I tried to sound self assured, but that didn’t help.

“It doesn’t look like a wheelchair, does it? It’s a bicycle, so you need to buy a ticket for it. I know the rules.”

Had this happened in the Netherlands, I would perhaps have said something like “okay, you call the police” but I didn’t want to come into contact with the police so soon after moving to Sweden, so I decided to cooperate. Again I lifted the tricycle and struggled to get it out of the train. When the ticket inspector saw me struggle with the tricycle, she probably realised that I really was disabled, because when I had finally lifted the tricycle back on the platform outside the train, she asked:

“so you really need it as a wheelchair?”

But she didn’t wait for my answer. “Allright then, get in the train, but next time bring a permit for your tricycle.”

The day before, the customer service had said that in Sweden there is no such thing as a permit for tricycles in the train, so I guess that the ticket inspector didn’t know the rules as well as she thought she did.

In the Netherlands I also had difficulties with the use of my tricycle in the train station (read about that here), so it would be nice to have some kind of medical note or letter so that I can prove that I am actually disabled due to a braintumour, and not faking the whole thing (I wish!).

I have made an appointment at the local health care central, so hopefully I’ll have my tricycle permit soon. I just hope that the piece of paper I’m going to get will be enough to convince every ticket inspector – I’m not too optimistic about that, as stupidity has a way of resisting proof…we’ll see. But even if the permit can’t convince all ticket inspectors, it gives my self esteem a large boost. If ever a ticket inspector doesn’t believe me when I say that I’m disabled – not even when I show them the permit – I’ll tell them to call the police.

In my next post I’ll tell you about my climbing in Sweden and the preparation for the Dutch open paraclimbing championship in November (Sittard). I’m definitely coming back to the Netherlands for that! 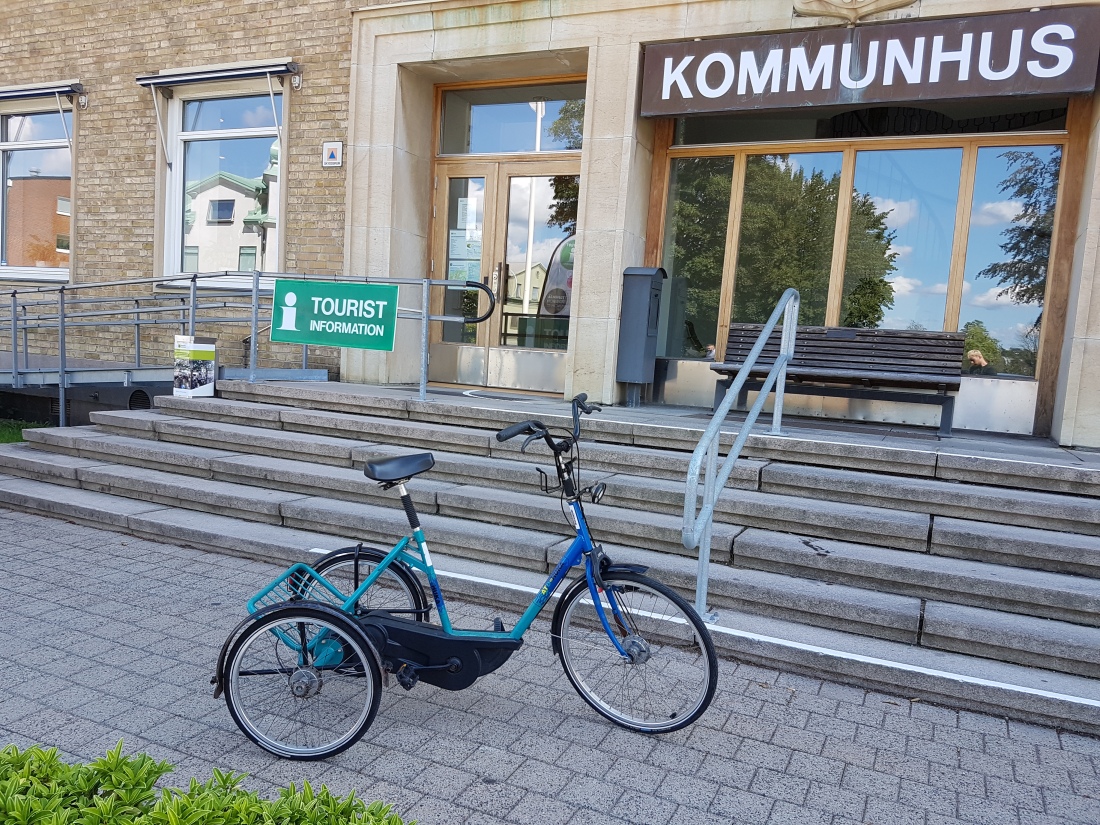 I now have the permit!!

Philosopher of physics at Amsterdam University College and Utrecht University, managing editor for Foundations of Physics and international paraclimbing athlete View all posts by fbenedictus