If I hadn’t started climbing ten years ago, I probably would have been in a wheelchair permanently. My physical abilities (walking, talking, hearing, seeing) have declined quite a bit in those ten years, but I think there would’ve been much further decline if I hadn’t done all of the climbing I’ve done. 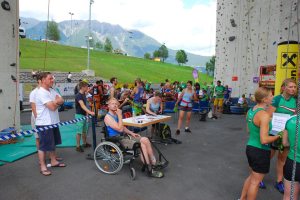